Today’s post chronicles the creation of Parabolic Falls, a new participatory mathematical sculpture for Illuminating Mathematics, the first gala celebration of the National Museum of Mathematics this past Oct. 1. The first two desiderata for the project were that it use light, to fit with the theme of the event, and that it allow the attendees at the gala to contribute in some way to its completion. Using light was easy — we’ve seen a number of light stick constructions already in the annals of Math Mondays. Participatory was a little trickier, but I realized that the light sticks would slide easily into clear plastic tubes of the right size (in the end we used 6 foot-by-1.75 inch inner diameter butyrate tubes), letting their light shine through. So the concept of a nearly-invisible template that would fill with light over the course of the evening was born.

But what shape would the template take? The starting point was a skewer parabolic hyperboloid which happened to be sitting in the office of Ben Levitt, MoMath’s chief of education, much like this one from Mathcraft, which has also been featured in a previous Math Monday: 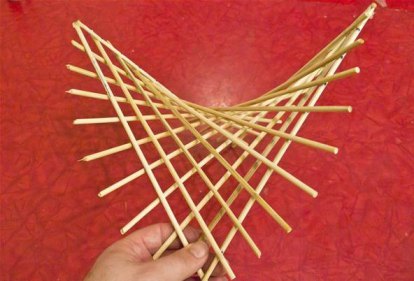 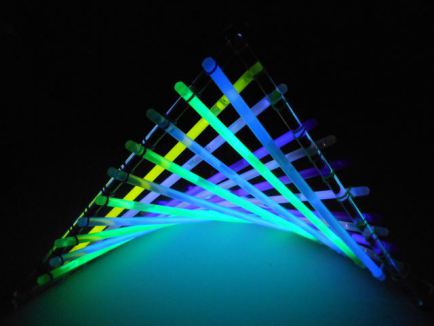 The first thought, in prototyping overseen by MoMath’s Chief of Design Tim Nissen, was to simply scale this up to a tetrahedron with twelve foot edge length, by abutting six foot tubes using sticky plastic membrane: 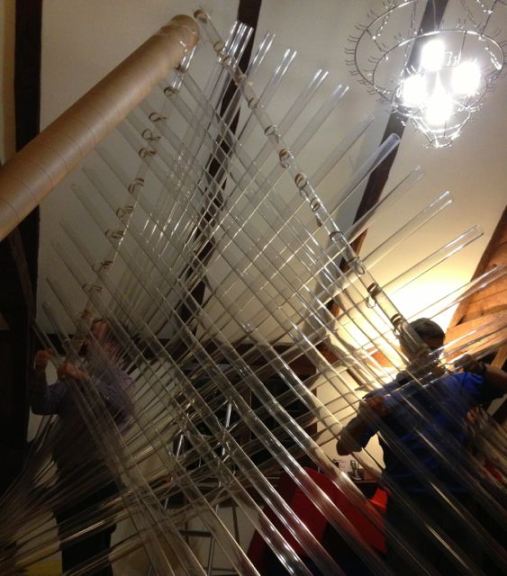 However, that concept proved unstable… I guess that’s why we prototype.

At that point, Cindy Lawrence, co-executive director of MoMath, had the inspiration to compose Parabolic Falls out of four six-foot tetrahedra, arranged as in the first approximation to a Sierpinski Tetrahedron. The bottom three tetrahedra were filled with a hyperbolic paraboloid (hypar) shown as a doubly ruled surface, and the top one was filled with three hypars mutually intersecting with threefold symmetry. Here’s the skeleton of Parabolic Falls in progress and just prior to visitors arriving: 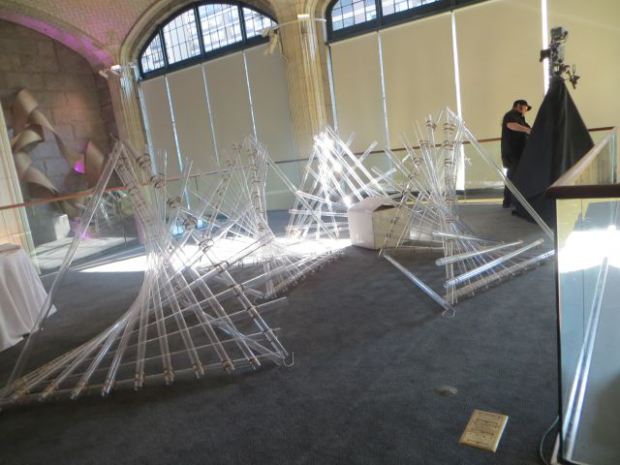 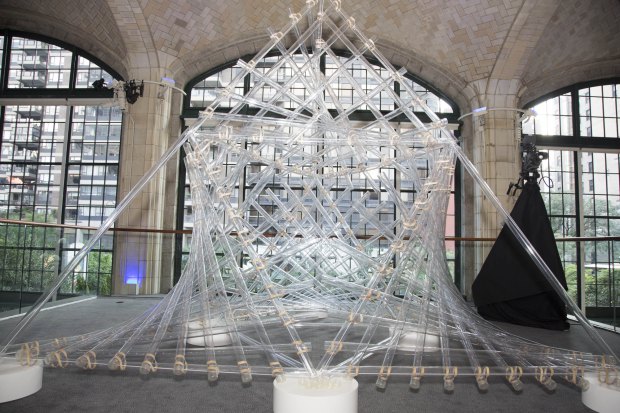 And here it is in its final, illuminated state: 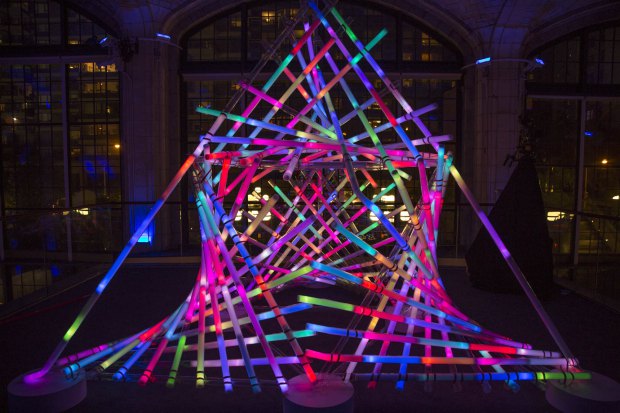 MoMath plans to rebuild Parabolic Falls from scratch as part of its first anniversary celebration this December, with visitor help, so be on the lookout for that event at one.momath.org.