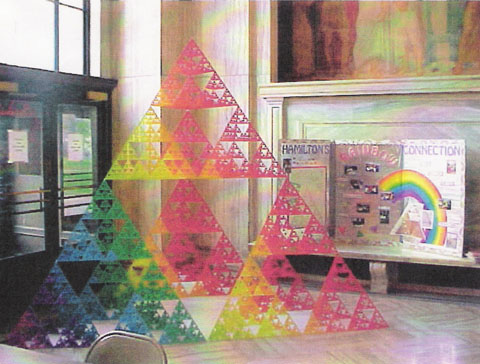 A group of kids at the Alexander Hamilton Middle School built this out of 16,384 small paper tetrahedra, and in the course of the project, it happened that children’s author Shelley Pearsall came there on a school visit and saw this in progress. Over time, this project ended up inspiring one of Pearsall’s books, All of the Above. That book, in turn, has inspired a generation of other tetrahedron manufacturers. Here are just a couple of examples. 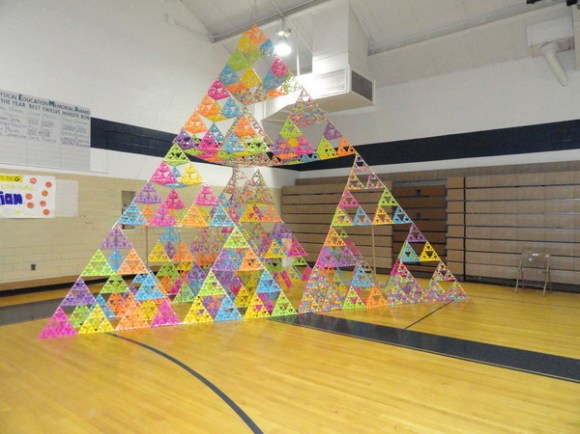 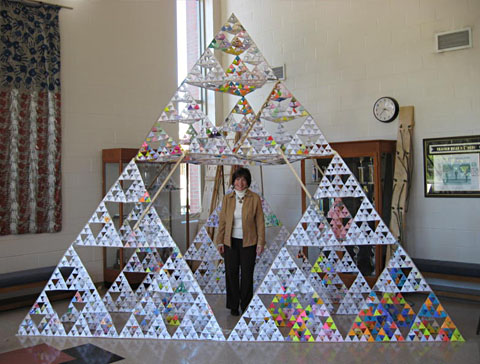 And one more, a fly-able tetrahedral kite built independently by students in Bakersfield, CA, interestingly enough at about the same time as the Rainbow Tetrahedron in Cleveland: 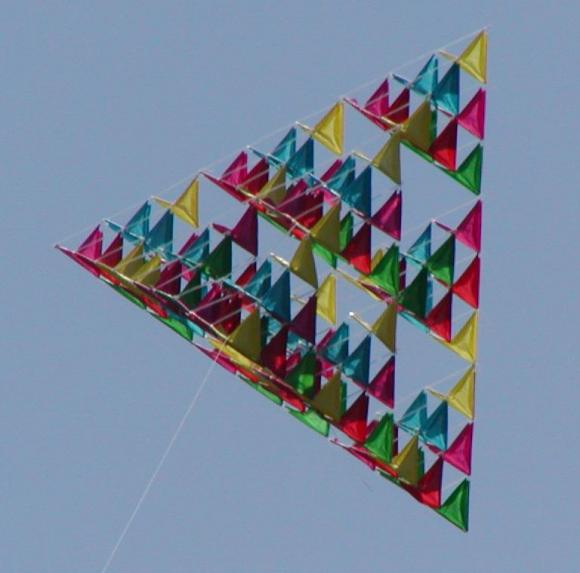 (Note that this one, although a recursive tetrahedral structure, is not quite a Sierpinski tetrahedron like the others.)

Maybe you can help a local school group in your area to build a giant tetrahedron and be inspired by the beauty of geometry and the joy of making things. Let us know what transpires!