Many science museums feature a Galton board in which balls branch randomly left or right through an array of pegs and end up binned at the bottom in an approximation of a normal distribution. Here is a deterministic variation on that idea, in which there is a two-position gate at each juncture that causes each ball to go the opposite direction from the previous ball to visit the gate. If you use 64 balls, can you figure out how many will end up in each of the bins at the bottom? Karl Sims built this marble run and gives instructions on how to make your own, along with a clear explanation of its operation. 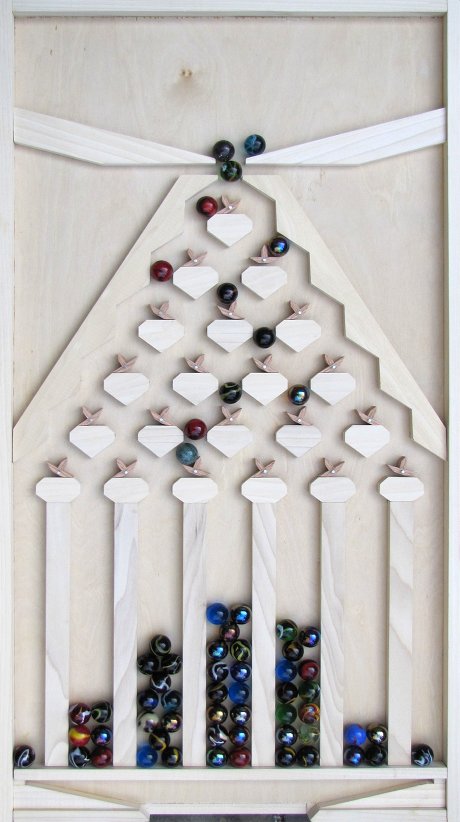 The side view below shows the tilt of the board and the final distribution of 64 marbles in the seven bins: 1, 6, 15, 20, 15, 6, 1. The mechanism forces each marble to take a different combination of the six left/right choices.