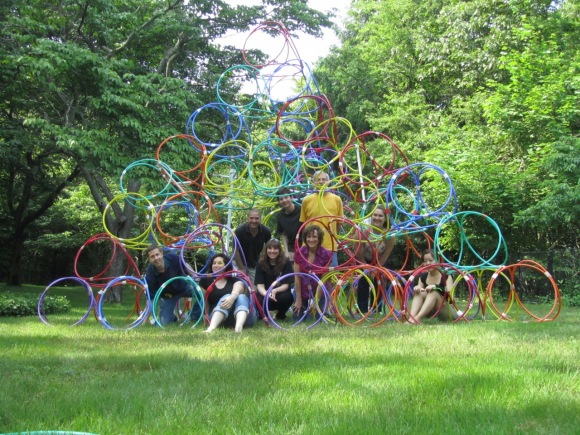 When last we left our intrepid hula-hoop-armed mathematical makers, they had just suffered a collapse of the Sierpinski tetrahedron midway between order 2 and order 3. What to do?

In clawing through the twisted wreck, we discovered three major modes of failure: First, the order 2 tetrahedron sagged badly when it was lifted up in the air. Second, the junctions between hula hoops, held by pipe cleaners, rotated into angles and orientations quite far from the desired tetrahedron dihedral angle. Third, a few individual hoops under a great deal of strain warped to the point of elastic failure and developed permanent kinks.

So we took measures to combat all three of these issues. First, the experimental build showed us which hoops were in tension and which in compression. Roughly speaking, all of the horizontal hoops are in tension as the pyramid tries to spread, and all of the sloped hula hoops are in compression. So, to alleviate the first problem (sagging), we just added twist-tie loops between nearby (but not touching) hula hoops to prevent them from spreading as far apart.

Second, we experimented with different materials to connect the hoops and settled on self-adherent compression bandage as the ideal: it provided a broad, high-friction junction that virtually eliminated the problem of one hula hoop rotating with respect to its neighbor. 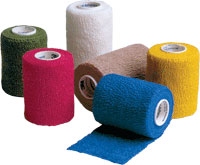 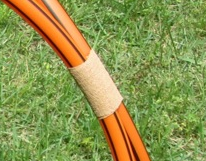 And third, the prototyping phase showed that three individual hula hoops were taking the lion’s share of all of the compression load of the configuration. Namely, the three hoops which slant inward toward the center, just below the three bottom vertices of the top order-two tetrahedron, all deformed very badly. So to shore these up, we drilled two holes the same diameter as the hula tube in the side of 3/4″ schedule 40 PVC pipe, at a distance of one hula diameter apart. We cut the pipe past the diameter of the holes to create “jaws” that would grasp the hula hoops and hold the stays in place. 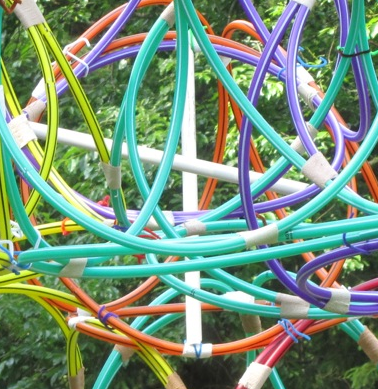 With these changes, a bunch of MoMath friends and staff got together again for a second practice. And this time, with a bit of tweaking, we managed to get the entire order-3 tetrahedron in the air (as seen in the opening image).

This experience yielded one additional lesson for the actual public construction: attaching the hoops symmetrically, so that the three initial attachment points divided each hoop exactly in thirds, was really important in the quality of the resulting tetrahedron. So we marked each of 256 hula hoops with pieces of compression tape at the one-third points. And finally, last weekend at the World Science Festival in New York City, our visitors actually constructed this giant Sierpinski tetrahedron, based on the careful groundwork we had laid in our practice runs: 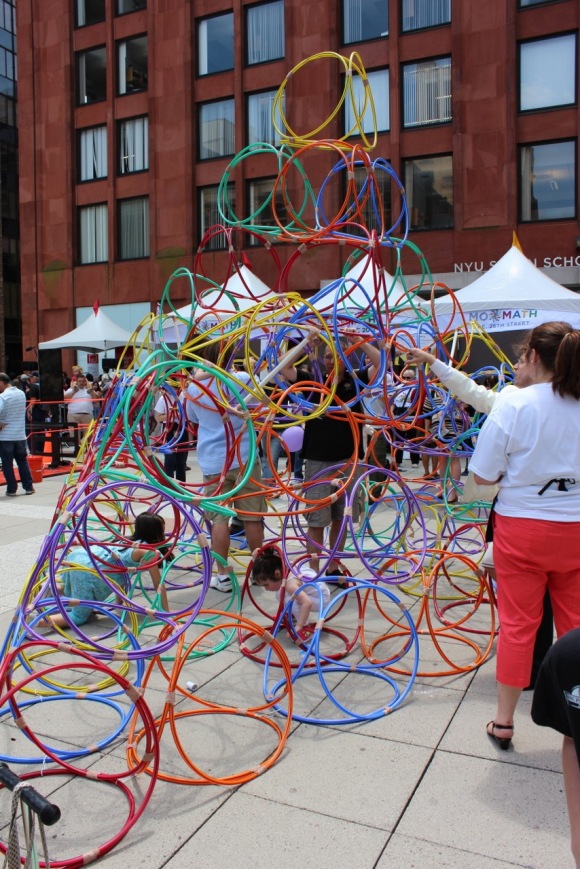