Remember floppy disks? They still appear as the Save icon on some software, but not everyone is old enough to know why. Here’s a sculpture I made from thirty floppy disks, called Disk Combobulation. They are slotted at just the right angles to slide together and hold without glue. The overall shape, with thirty faces and twelve pentagonal openings, is a truncated rhombic triacontahedron. 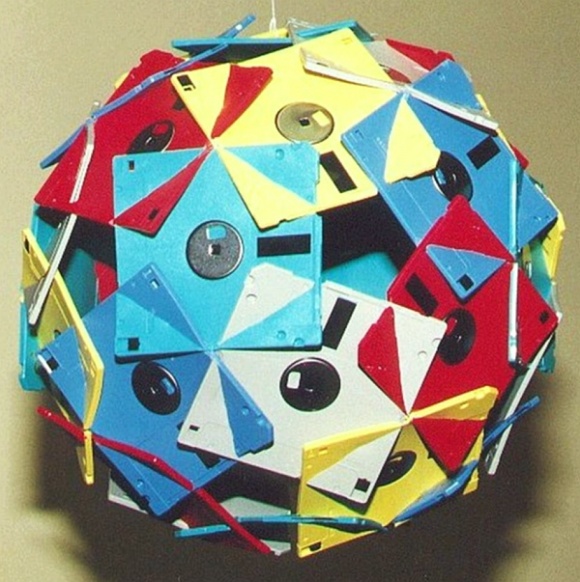 Slotting floppy disks is tricky, but you can make a paper version of this design pretty easily. The instructions and a template are online here. 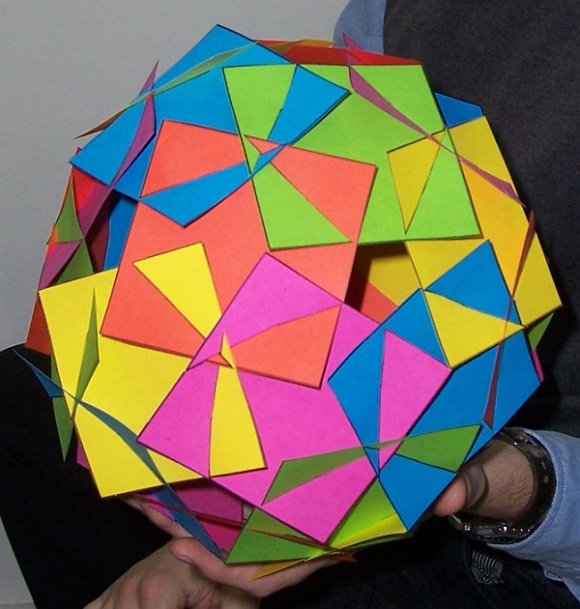