Math Monday: Beginning of a String

Although there have been two different Math Mondays touching just tangentially on the wonderful world of string art, it has never covered the basics of the area, and it’s high time. (Why is it high time? Hint: in preparation for non-basics to come…) The fundamental idea is that you create one or more series of connection points, regular in some way, and then stretch taut strings between the connections (again, typically in some orderly fashion), producing (hopefully!) an interesting, beautiful, and/or mathematically significant overall pattern. 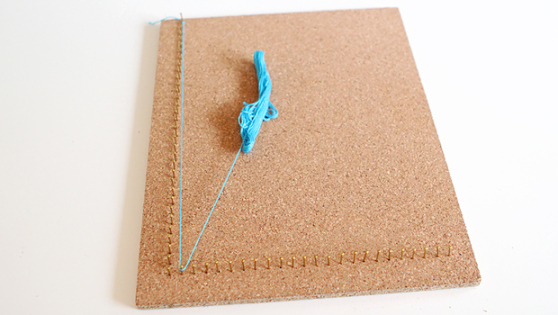 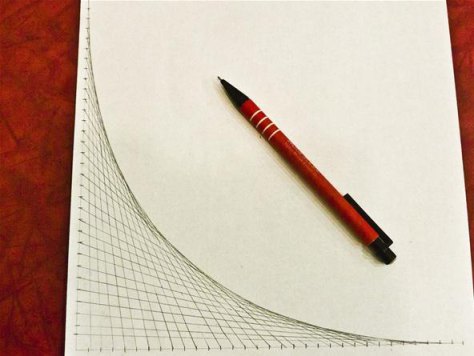 To kill some space before the reveal of what curve this is, here are a few variations on this basic stringing technique. Of course, any technique for creating many straight lines will do, such as pulling embroidery floss through holes in cardstock, or drawing many lines with a straightedge, or projecting many laser beams, or whatever else you can come up with… 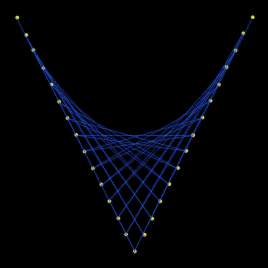 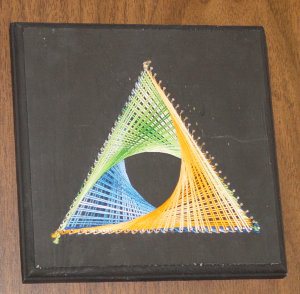 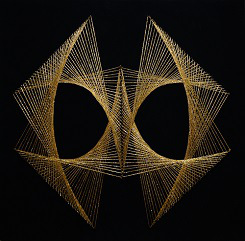 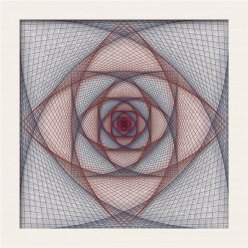 OK, here’s the answer to the math question: the envelope of these lines is a parabola (in fact, that’s true of all of the curves in all of the variations above). It’s also a great exercise in formal mathematics to determine the equation for the parabola that all of the lines in the first example shown are tangent to (hint: it’s not of the form y = some second-degree polynomial in x, because that form only gives you parabolas whose axes are vertical lines…), and to prove that they really are tangents.

Of course, it’s possible to get other envelopes of lines if you start with other arrangements of connection points (or for that matter, if you connected the points in a different pattern). For example, with a circle of nails, always stringing a constant number of positions around the circle, you get a star of lines whose envelope is a smaller circle: 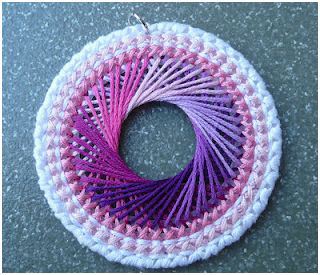 Alternatively, if you move one end of the segment a single position around the circle each time but move the other end of the segment two positions, you get a cardiod: (Reader exercise: what is a cardiod? What’s its equation? Why does it show up from this process?) 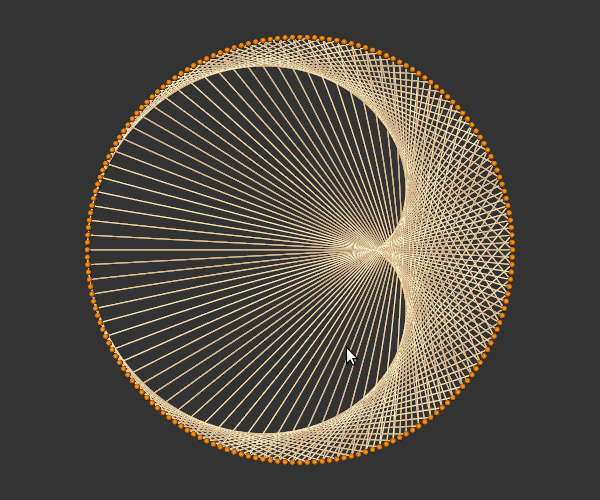 So those are the basics of string art. If you’ve got an example of string art of particular mathematical significance, let mondays@momath.org know!