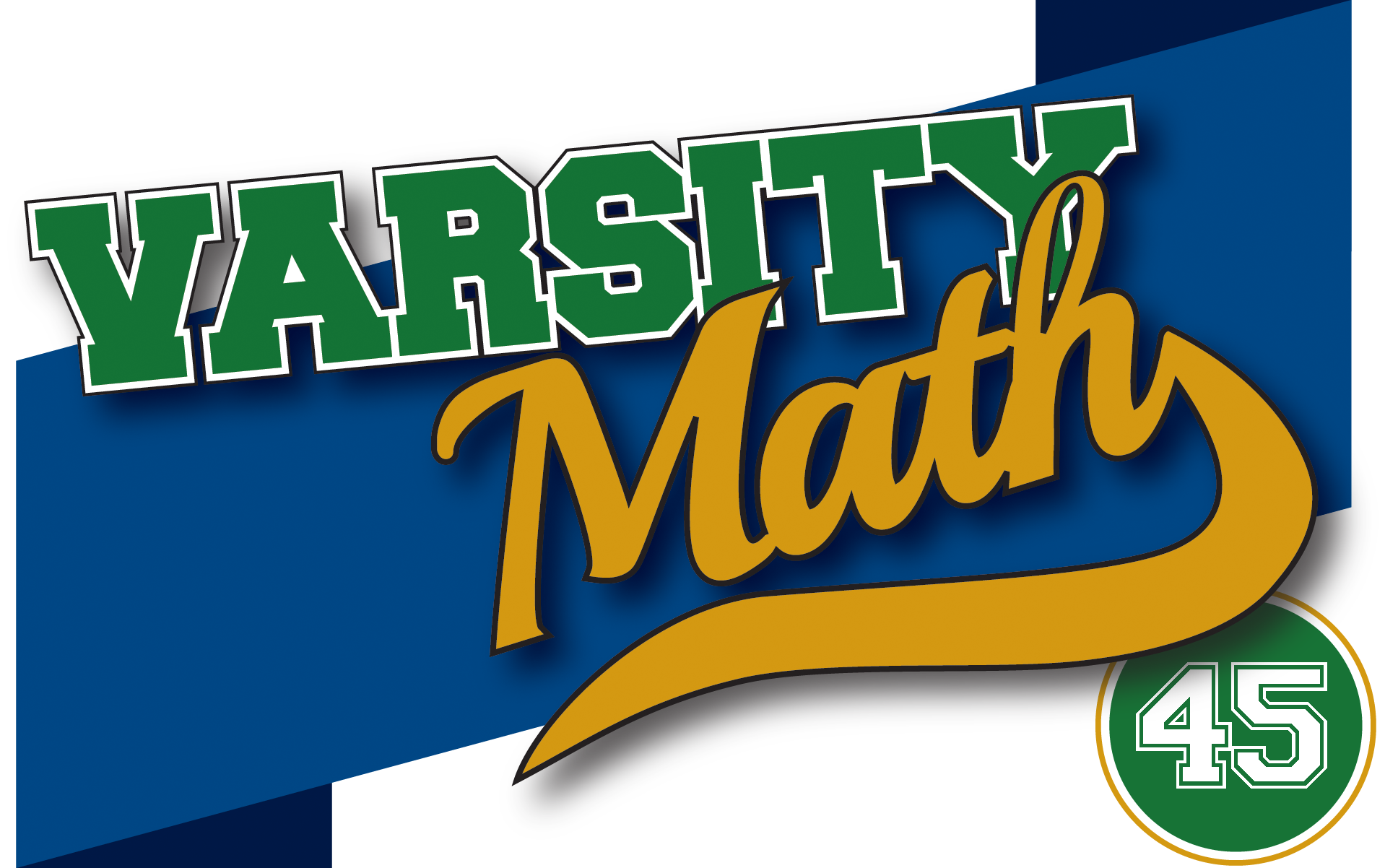 Three soccer stars and their three respective agents decide to go on a wilderness vacation together to unwind during the off-season. All is well until they come to a river where the only way to cross is via a single small canoe that will hold no more than two people at a time. (Any one of them is capable of paddling across, even by him- or herself.) However, none of the agents is willing to allow his or her player to be with a different agent on either bank or in the boat — or even when passengers are transferring from a bank to the boat — without also being present. (Each agent is worried that one of the others might strike a new deal with the player.)

What is the smallest number of crossings the six individuals can use to get across the river under the agents’ restriction?

This problem is about a journey on a chessboard. The White King is on a square where two diagonal moves in the same direction would bring him to one corner; he’s going to stay put on that square throughout this problem. The Dark Queen is on the square bearing the same relationship to the opposite corner; all the other squares are empty. Naturally, the Queen wants to capture the King, moving as chess queens normally do. For some reason she feels compelled to pass through or land on, exactly once, each of the other 62 squares of the board (not currently occupied by King or Queen) before capturing the King.

What is the smallest number of moves in which the Queen can fulfill her ambition?

Guarding Variety. The first thing to notice is that each of the 20 rooms is connected to the others in exactly the same way; each has exactly three neighboring rooms, each is part of two loops of five rooms, and so on. First notice that two guards can’t ever catch a thief: as long as the thief is not already in a room with a guard, regardless of where two guards are standing, the thief can always move to (or possibly stay put) to get to a room that is not adjacent to either of the guards. 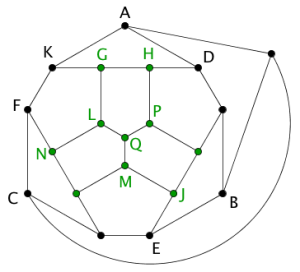 So two guards is not enough.

Is there a way for three guards to catch the thief? Indeed. It’s easiest to see this if we switch to a diagram (like the one at left) in which there’s a dot representing each room, with a line connecting one dot to another if there’s a door between the corresponding rooms. The guards start by moving to the rooms marked A, B, and C. Once they get there, after the next thief’s move, the thief must be in one of the green rooms (otherwise s/he will immediately be caught). So in response, the guards move to the rooms labeled D, E, and F.

After the thief’s next move, assuming it does not led to immediate capture, there are two possibilities. Case I: the thief does not move into one of the four center rooms (L, M, P, or Q). In this case, because of the symmetry of the diagram and the equivalence noted earier, we can assume the thief is in room G. The guards move to rooms H, J, and K in response. That positioning forces the thief to move to room L. Finally, the guards go to G, F, and M, where the thief is captured on the next turn no matter what happens.

Case II: the thief moves into one of the four center rooms (L, M, P, or Q). For this possibility, the guards’ response is to occupy rooms H, J, and N. That makes room Q the only safe room the thief can reach, and the guards tighten the noose by moving into rooms L, M, and P. The thief is captured on the next turn.

Hence, the mimimum number of guards required is three.

As the Day is Wrong. Since each of X and Y made three statements, one statement from each is true. If X’s first, second, or third statement were true (respectively), the crime would be planned for Sunday, Monday, or Saturday. On the other hand, depending on which of Y’s statements is true, the crime might be planned for Saturday, Tuesday, or Friday. The only overlap between these two groups of days is Saturday, so that must be the day when Non Sequitur is planning to rob Pentagon Mansion.

Week 44: Guarding Variety & As the Day is Wrong, solutions to Relation Riddle and Relay 12: Fractured Fruit, Triangulating the Difference, and Crusty Conundrum

Week 42: Triangulating the Difference & The Old Coin Game, solution to A Day Late and A Fence Short