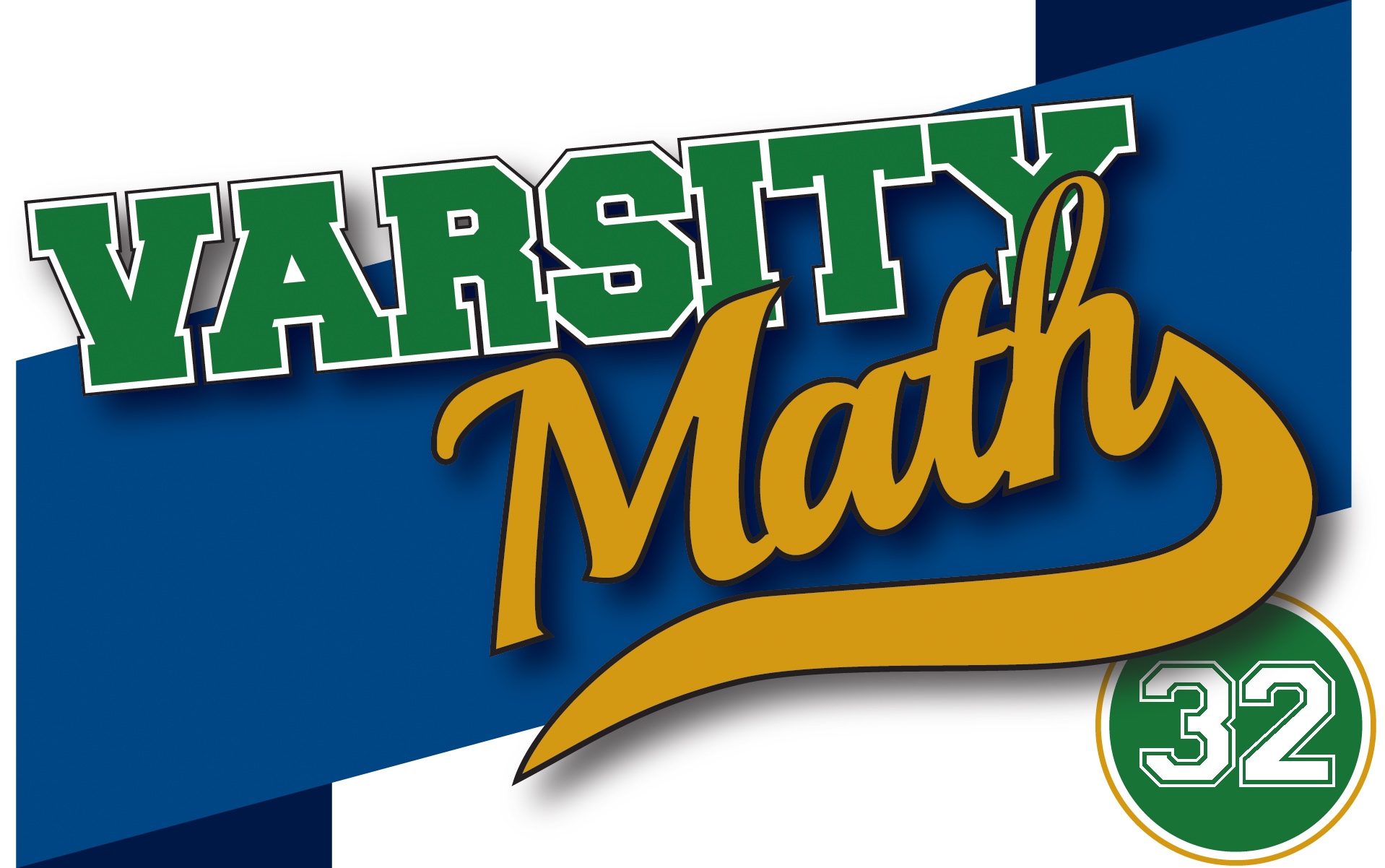 Simply navigating the academic environment seems to pose some tricky math puzzles, at least if you’re a member of Varsity Math…

Shannon sits down to a history exam and discovers the following surprising directions at the top of the test: “You do not have to do all of the questions on this test. Simply make sure you answer at least two of the first three, four of the first seven, five from the middle third of the test, six of the last eleven, and three of the last five, and your exam will be eligible for full marks.”

What is the minimum possible number of questions Shannon might have to answer to receive full marks, for any test consistent with these instructions?

Willow gets the syllabus for a twelve-week linguistics class that meets once per week and notices an unusual item. “Late Policy: you may arrive on time or late to any class, at your own discretion, with the following exception: if you are late to two classes in a row, then you may only be late to one more class the entire rest of the semester.” This starts Willow wondering about the patterns of on-time and late arrivals that the professor would allow…

How many different sequences of on-time and late arrivals over the course of the semester are allowed by the professor’s policy?

Dream Sequence. The first step is simply to write down the (beginning of) the (infinite) expression the examiners are describing. If you follow what they say, it is `sqrt{1+3sqrt{1+4sqrt{1+5sqrt{1+6sqrt{1+cdots}}}}}`. A common technique in a case like this is to look for a copy of the whole expression somewhere inside itself, to produce an equation for the value of the whole expression. But that doesn’t happen here; instead of the expression appearing inside itself, all of the coefficients have increased by one. That suggests that if we look at `f(x) = sqrt{1+x sqrt{1+(x+1)sqrt{1+(x+2)sqrt{1+(x+3)sqrt{1+cdots}}}}}`, then `f(x)` will satisfy `f(x) = sqrt{1+xf(x+1)}`. So the problem is to find such a function `f`, and then we can just evaluate `f(3)`.

Coach Newton speaks up:
Listen up, teammates. This problem is a tribute to the renowned mathematician Srinivasa Ramanujan, who once said that his muse wrote the answers to the problems he was contemplating on his tongue in the night, and all he had to do was speak them. Ramanujan dreamt up this problem and its deceptively simple answer. Look for an upcoming film about his remarkable life.

So now we need to figure out what all numbers Sam could have based on his first statement. It’s easier to figure out numbers he can’t have. So, he can’t have any even number, because then it could be written as the sum of two odd primes (that’s called Goldbach’s Conjecture, and it has been verified for all even numbers up to some huge cutoff), and Polly could figure out those two primes from their product. He can’t have any prime number plus four, because then it could be written as four plus a prime, and Polly could figure out the numbers were four and that prime. And he can’t have any number of the form three times a prime, because then it could be written as that prime plus twice that prime, and Polly could figure out the numbers from their product, twice a prime squared. And just as those were the only three categories in which Polly can figure out the two numbers, these are now the only general categories of numbers that Sam can’t have. However, as the numbers become larger, there are additional numbers not in these families that Sam can’t have because the factors get out of the range from 3 to 97. For example, 79 = 8 + 71, and in smaller cases you could rewrite 8×71=568=4×142, but 142 is out of the range specified by the alien. Therefore, Polly actually can tell what the two numbers are if she hears a product of 568. If you go through all of the numbers up to 120+121 (the largest possible sum), the only sums that Sam could have (i.e., not even, not a prime plus four, and not three times a prime, and not too large) are 13, 19, 25, 29, 31, 37, 43, 49, 53, 55, 59, and 61.

So what does it mean when Polly says that now she does know the two numbers (after hearing Sam say that he knows she doesn’t)? It means that she has an ambiguous product with the property that only one of its possible factorizations into two numbers adds up to one of the numbers on Sam’s list (since Polly now knows Sam heard one of those numbers). For example, if Sally had the product 30, she would not know the two numbers — they could be 3 and 10 or 5 and 6. But then when she hears Sam knows that she can’t tell, she can rule out 5 and 6. Why? Because they add up to 11, and 11 is not on the list of numbers which allow Sam to realize Polly doesn’t know the numbers; if Sam heard 11, the numbers could be 4 and 7, and Polly can deduce 4 and 7 from their product. Therefore, in that scenario, Polly is left with only the possibility of 3 and 10 to get a product of 30, so she knows the numbers. On the other hand, if she had a product of 84, then she would be confused between 3×28, 4×21, 6×14, and 7×12. And then hearing that Sam knew she could not tell the numbers would not help, because both 4+21=25 and 7+12=19 are sums that Sam might have that would allow him to say that Polly doesn’t know the numbers. So Polly can’t tell which is the case, and so could not then claim to know the numbers.

So, for which products exactly does Sam revealing that he’s sure that Polly doesn’t know the numbers actually allow Polly to deduce the numbers? We classify them by which of Sam’s possible sums from the list above apply.

Before going on to other sums, how in the end will we solve this problem? We need to use Sam’s last statement, that in the end he knows the numbers, too. What does that mean? It must mean that there’s only one product for Polly’s sum that she can figure out by virtue of knowing that the sum is on Sam’s original list. So Sam could not have had 13, because there are four different products that Polly could then decode, so he certainly can’t tell what the numbers are.

This means as we go through Sam’s possible sums, we can stop as soon as we find two products with that sum which Polly can decode, because then it’s already not going to work for Sam to figure out the numbers. We don’t have to list all of the products Polly can decode.

That means that 29 is the only sum that Sam could get for which Polly can only decode one of her possibilities based on the knowledge she gleans from Sam, thereby cluing Sam into the answer as well. In particular, it’s the combination of 13 and 16 that works, so those are the alien’s numbers. Just to check: in this scenario, Sam gets sum 29, and checks that in every way to break it into two numbers that sum to 29, the product of those two numbers does not uniquely determine the pair. So he is able to say that Polly does not know the numbers. But Polly had 208, so she knew the numbers were one of 13,16 or 26,8, or 52,4. But 34=26+8 and 56=52+4 are both even, so Polly knows that if Sam had either of those sums, he could not have been sure that Polly did not know the answer (for example, with 34, the two numbers could have been 3 and 31, which Polly could figure out immediately from their product 93, and similarly 56 could have come from 3+53.) Therefore, Polly can now conclude that the numbers are 13 and 16. And since all of the other options for a sum of 29 remain ambiguous but Polly says she knows the numbers, Sam can now realize that they are 13 and 16 as well.